ReactJS for IoT Apps in 2023 and Beyond

JavaScript frameworks like React, Angular, Vue, Svelte and JS templating engines like Template 7, Squirrelly, JSRender, Jade Language, Marko, Hogan, Webix, Pug, Underscore, Nunjucks, EJS, doT, Handlebars, and Mustache offer simple templates to give developers a starting point and let them go over that first bump of getting something, anything in the browser. Once that is marked, you may focus on business problems, building useful tools, code compilation, the server on the right port, and binding event handlers to the clicks in the DOM.

ReactJS is an open-source JavaScript Framework/library that is mostly used to develop application frontend. It allows the inclusion of interactive elements and stores all the necessary data to create stable interfaces for the web or mobile applications. React Developer Tools are component-based and can enable connecting a variety of devices over the internet. All these devices get unique identifiers (UIDs) that ease data transferring.

The presence of packages like React Native, React Art, React Canvas, and React Three crystalizes the fact that the essence of React has got nothing to do with the browsers or the Document Object Model (DOM). Upcoming ReactVR makes it suitable to be used without the DOM. React component runs through react-test-renderer in Node.js which makes it easier to watch state changes, re-render if required and trigger life cycle methods.

Why is it Used for Electronic App Development?

The Internet of Things (IoT) makes use of unique identifiers through which it exchanges data packets over a network of interconnected devices. where does React fit in? It is an open-source Javascript-based library that is used to build user interfaces for single-page applications. It sits on the presentation (view layer) of the OSI model for web and mobile applications. React makes reusable UI components, which makes it easier to change states in large applications easier without reloading the entire page. For example: Changing the value in a drop-down, or submitting the value in a text box, a multi-line text box within the form will not refresh the entire page, but will be handled by AJAX applied within the content placeholder.

React is stuffed with libraries, components, One-way Data Binding, Virtual DOM, and JSX-JavaScript Syntax Extension which makes it flexible and expands its horizon to create cross-platform web and mobile applications.

React developers can easily switch from JS to native for mobile app development. Electronic sensors in real-world IoT applications update the React Component’s state as soon as they receive a new array of data readings. The LED component in the render function, uses the newly updated state and works out for on or off power states.

Developers try two different approaches to standardize IoT Projects with React. In the first approach, they apply the principle of separation of concerns from web development of IoT projects by using XML. In another approach, they use React’s most powerful features to organize hardware project components, state, lifecycle methods, and props.

There is very little to learn before configuring many build tools. Instant reloads help you focus on development. When it’s time to deploy, your bundles are optimized automatically.

Secondly, there is just one dependency. Your app only needs one build dependency. Testing the React App to ensure that all of its underlying pieces work together seamlessly – no complicated version mismatches.

There is no lock-in. Under the hood, we use webpack, Babel, ESLint, and other amazing projects to power the app. If you ever want an advanced configuration, you can eject it from “Create React App” and edit their config files directly.

Create React App is React’s quick start template that takes care of the hard stuff so we can get to the fun stuff faster.

The Internet of Things (IoT) has become our present. It is no more used in pilot programs only. Now even mid-size companies without a million budget can afford IoT.

React Native/JS should be used to develop IoT applications as it assists in code handling, handling various classes, handling large coding structures, and handling complex apps. While there is no perfect explanation for this, there are 8 discernible points here:

What Are the Challenges Faced by IoT App Development Companies While Implementing React?

Even if React is equipped with the best features, it strings along a few challenges while making IoT applications:

Very importantly, currently, React IoT components reckon Johnny-Five which is an I/O library that communicates with Arduino microcontroller. It is boarded directly via a USB port. Such LED components have to be initialized and work along with moisture, light and smoke detectors. Johnny Five object instance is created in the constructor. An event listener is set up where the passed-in update function is called each time the component receives new sensor data.

These views are only proof of concept and not set in stone yet. All the considerable points work in progress. We appreciate your feedback, suggestions, and comments. Let us know what you think, and if you would like us to get our hands around IoT App Development! 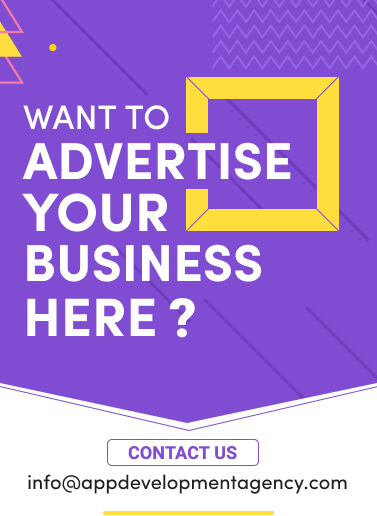 When you think of NFTs, digital art and collectables probably come to mind. We’ve smashed the digital barrier to creating multiple types of NFTs that give sports and live event fans a one-of-a-kind experience.  These are all about novelty and collectability.  The Paradoxical Intention We can mint NFTs with a mixture of digital and physical …

END_OF_DOCUMENT_TOKEN_TO_BE_REPLACED

What is CaaS? Significant Role of CaaS in App Development

Are you familiar with the names Amazon Elastic Container Service (ECS), Google Cloud Run, and Azure Container Instances (ACI)? These are top Container-as-a-Service providers worldwide positioned directly in the center of the current tech revolution.  A huge number of businesses are approaching these providers to migrate their business to the cloud by adopting CaaS models. …

END_OF_DOCUMENT_TOKEN_TO_BE_REPLACED

Many industries including the commercial sector have begun to recognize the potential support that unmanned aerial vehicles (UAV) offer. Current research in this field is narrowly focused on technological development to improve the functionality of delivery and endurance of the drone. Predictions in AI Warehouse Management by Top Research Firms The WinterGreen Research the Logistics …